August 18, 2021 US Department of Justice 950 Pennsylvania Avenue, NW Civil Rights Division Disability Rights Section – 1425 NYA Washington, D.C. 20530 Re: Case number: 94490-HGN Violation of due process in Conservatorship of Britney Spears Violation of civil rights in Conservatorship of Britney Spears Individuals under conservatorship are adjudicated to lack capacity. Therefore, all conservatees are guaranteed protections under the Americans with Disabilities Act (ADA). In 2008, a California court placed Britney Spears under conservatorship, granting her father James Spears nearly absolute control over Ms. Spears’ person and estate. The initial conservatorship proceedings were characterized by denial of due process. The ensuing thirteen years of conservatorship have been and continue to be plagued by civil rights violations. These matters fall under the jurisdiction of the Department of Justice in their role of investigating and prosecuting civil rights violations. THE COURT DENIED DUE PROCESS OF LAW The 14th Amendment states the following: No state shall make or enforce any law which shall abridge the privileges or immunities of citizens of the United States; nor shall any state deprive any person of life, liberty, or property, without due process of law…… Read More 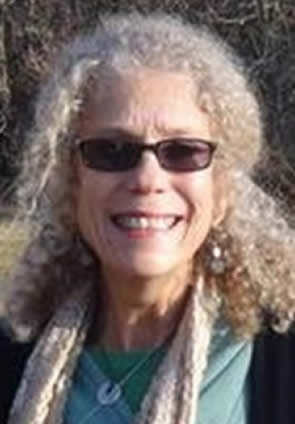 U.S. INDIFFERENT TO HUMAN EXPERIMENTATION AND BIOLOGICAL AND CHEMICAL WEAPONS New Book Points To A Monstrous Agenda WALTERVILLE, OR, SEPTEMBER 1, 2021 – “At the Breaking Point of History: How Decades of U.S. Duplicity Enabled the Pandemic” by Janet Phelan details the US government’s indifference to the welfare of individuals and to its legal obligations under national and international accords prohibiting human experimentation and biological and chemical weapons. (The book is available at Trine Day and elsewhere.) From lead pipes in Flint, Michigan to a duplicitous water commission in Medford, Oregon to a secret psychiatric ward at UCLA to the elegant halls of the Palais des Nations in Geneva, Switzerland, “Breaking Point” reveals deceitful machinations executed at the highest and lowest levels of power. Ms. Phelan recently said, “We are embroiled in a pandemic which has collapsed economies, caused death by starvation, and has resulted in severe new restrictions on civil rights in the US and elsewhere. Yet many medical professionals and researchers are questioning the genesis of Covid-19. Was it bio engineered? Was it deliberately released? They’re also questioning the numbers alleged to have died from it, pointing to… Read More