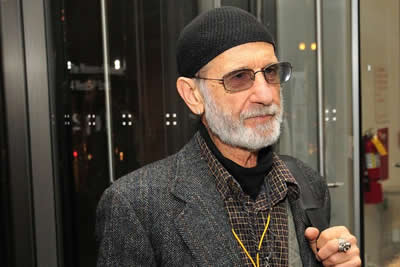 Nearly half a century ago, Frank Serpico became a household name in the United State

and in many countries around the world—after he was portrayed by Al Pacino in the classic 1973 movie Serpico. The award-winning film told the true-life story of the New York City detective’s efforts to expose corruption and abuse inside the police department. In 1971, Serpico was awarded the Medal of Honor, the New York City Police Department’s highest award for bravery in action, and he is still ranked among the American Film Institute’s all-time movie heroes. Now 84, Serpico lives quietly outside Albany, New York, but he remains vocal in speeches, articles, and activist campaigns pushing for police reform. And Serpico says Americans are still fighting the same fundamental problem today that he struggled with as a young cop who refused to take bribes in New York during the 1960s and early ’70s: a near-total lack of accountability over abuses. Then as now, Serpico says, police departments have proved incapable of investigating themselves, and district attorneys typically look the other way, fearful of offending the politically powerful police unions.

In recent weeks, that problem exploded into worldwide furor once again after a white Minneapolis police officer was videoed casually suffocating a handcuffed black man, George Floyd, to death. Many experts said that had it not been for the video, the officer, Derek Chauvin—who was later fired and charged with second-degree murder—would likely still be on the Minneapolis police force. Serpico notes that there is a tragic continuum here: Much as police abuses today are being exposed only by citizen bystanders with cell phones, his only recourse 50 years ago was to go to the New York Times after he discovered that the NYPD was incapable of investigating itself and the city government wouldn’t act. Now, with Congress and state and local legislators finally confronting the problem of accountability and abuse by proposing new legislation, Serpico says there may be hope at last—but there’s a long way to go. This interview has been edited for length and clarity.

Frank Serpico: The fuel has been pooling for decades—the Floyd thing was the spark that ignited it. It had gone too far, too long. Police corruption is endemic. It’s been there since the beginning of policing, when police officers had to buy their jobs. What is happening now is also a manifestation of that corruption. Brutality is police corruption. This is a window of opportunity to have some police officers finally see that, hey, we have inherited the sins of our brothers and it behooves us now to do something about it. I’m in touch with police all over the country and the world. Until now all my communications have been about whistleblowers and corruption and how the whistleblower almost always becomes the victim. The problem is that in most cases the agencies they go to in order to tell them about wrongdoing inside or outside the department respond along the lines of: If we did this [prosecuted police officers], we would undermine the stability of society. Or they say, “We can’t afford a scandal. It would undermine public confidence in our police.” But what we’re seeing now is that it already has been undermined.

FP: The reaction has been even greater and more intense—certainly more global—than five or six years ago, when the Black Lives Matter movement erupted after Michael Brown was killed in Ferguson, Missouri, and Eric Garner was suffocated by a New York police officer. Garner, like Floyd, cried out, “I can’t breathe,” before he died. MORE