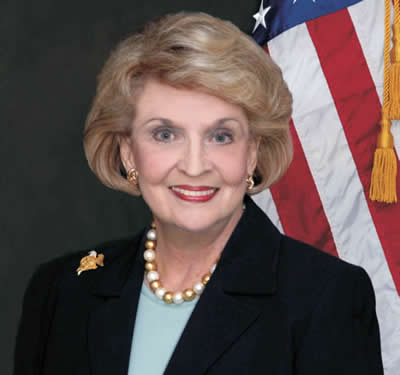 Schaefer became a prominent conservative political activist in Georgia in the 1980s. She subsequently ran for Mayor of Atlanta in 1993, before running as the Republican Party’s nominee for Lieutenant governor of Georgia in 1994, where she lost to incumbent Democrat Pierre Howard. She unsuccessfully sought the Republican nomination for Governor in 1998, finishing in third place behind Guy Millner and Mike Bowers with 7.7% of the vote in the party’s primary election. She was elected to the State Senate in 2004 for the northern-state 50th district,[6] where she served until she was defeated by Jim Butterworth in a Republican primary in 2008. She had also sought to wrest the Republican nomination for Georgia’s 10th congressional district from Paul Broun in 2008, but withdrew her candidacy before the primary election.

Schaefer was found dead at her home in Turnerville, Georgia in Habersham County on 26 March 2010 with a single gunshot wound to her back along with her husband of 52 years, Bruce Schaefer who was found with a single gunshot wound to his chest. Police concluded the deaths to have been a murder–suicide perpetrated by her husband, but the motive for the murder was unclear and never established.

Before her death she published and promoted the report “The Corrupt Business of Child Protective Services”, leading to conspiracy theories surrounding her murder. Upon her death, fellow State Senator Ralph Hudgens eulogized her as “almost like a rock star of the Christian right”.