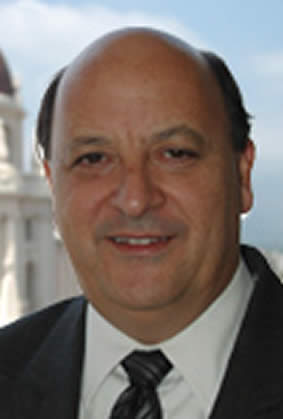 What needs to be investigated and exposed about Pasadena CA Lawyer Philip Barbaro Jr.

The small legal groups (gangs) of people involved in these questionable conservatorship/guardianship cases, same judges, lawyers and property companies who elect and assign each other. Often victims have no choice who represents them and can’t change that person should they feel violated or unfairly treated. There are Conservator rights and rules but the problem is the judge often ignore or don’t respect them. This often is the case with law and constitutional rights.
Los Angeles and Pasadena Lawyers are reported to the Los Angeles and California Bar for fraud, bribery and dishonest behavior but nothing is done. Judges are reported to the California Commission on Judicial Performance is aware but known for ignoring Judicial abuse.

Los Angeles Superior court Probate department has often been exposed by media such as the following articles:

I find Philip Barbaro Jr.’s ethics and morals in question per allegations he is feeding clients to Aviva K. Bobb and his dealings with my mothers conservatorhship where he helped isolate my mother Gertrude Gettinger, hide the fact his client Sylvia Schmidt had embezzled $200K in bank accounts from my mother Gertrude Gettinger before the conservatorship was formed. Philip Barbaro Jr. surely had read my petition showing the Fraud, perjury and embezzlement by his client Sylvia Schmidt and did nothing to stop the isolation, over medication and liquidation of my mother’s estate. Philip Barbaro Jr. has been reported to the California Bar and several victims have come forward reporting to me his violations of the Rules of Professional Conduct (The Canons of Ethics) Yet Philip Barbaro Jr. pretends as in the video lower on the page to be promoting against Elder abuse.

Philip Barbaro Jr. has a reputation of doing things for money.

That includes stopping Justice from taking place and allowing criminals like
Sylvia Schmidt of CA who embezzled over $200k in funds from her mother Gertrude Gettinger
Read the entire story with documents, recordings and evidence HERE

More about the victim Gertrude Gettinger on Stop Guardian Abuse
Sylvia Schmidt had no problem billing her mother Gertrude $125 dollars an hour more switching from former lawyer Christopher Overgaard of Glendale CA at $250 an hour to Philip Barbaro Jr. at $375 an hour when Overgaard was exposed for perjuring his petition for the Conservatorship of Gertrude Gettinger. Sylvia Schmidt aka Sylvia Gettinger aka Sylvia Velasco was the sole suspect with her husband Gary A. Schmidt in a report filed by Gertrude Gettinger with LAPD. In the report Sylvia was named as the suspect who took banking info, bills, documents, cash, credit cards and identification from the now conserved against her wishes Gertrude Gettinger. This would also explain why Sylvia did not report (2) missing bank accounts that were not reported to the courts.
The court was never informed of this crime or event. In fact Philip Barbaro Jr. fails today to legally notify family at their correct addresses. Its obvious Barbaro wants legal papers to go unseen so participants can’t object or have a fair hearing.

Rule 5-300 Contact With Officials (A) A member shall not directly or indirectly give or lend anything of value to a judge, official, or employee of a tribunal unless the personal or family relationship between the member and the judge, official, or employee is such that gifts are customarily given and exchanged. Nothing contained in this rule shall prohibit a member from contributing to the campaign fund of a judge running for election or confirmation pursuant to applicable law pertaining to such contributions.

Does this include sending or suggesting to clients they should use a particular judge? Attending Judges parties and events and mingling with judges who later rule for that attorney?
Court Appointed Guardianship Abuses Run Rampant in American Courts

Aviva K. Bobb retired early from the bench as presiding Los Angeles Superior court judge probate department. Bobb was involved in the death of Lee Peters
and a child. Hundreds of families have been destroyed and lives stolen by Aviva K. Bobb while she was on the bench.

Its common in government when an official is caught, exposed or named in a crime or abuse they’re not prosecuted, instead allowed to retire with full benefits such as Los Angeles County Sheriff Lee Baca. Judge Aviva Bobb went on to ARC doing what she does and to influence Police to stop good people who come forward to expose crime and perjury.

Violet M. Boskovich Bar# 115362 was well aware and informed of over $200k in missing bank funds from conserved Gertrude Gettinger. Yet Boskovich failed to investigate or inquire about missing bank account numbers. Why because it would expose the fact Boskovich sides with conservator Sylvia Schmidt who pays her from the estate of Gertrude Gettinger. Boskovich does not want her income to stop by exposing a conservatorship which was formed via perjury and failure to notify family.

Christopher Edward Overgaard Bar #114330 Perjured a petition and claimed his partner “Michael Jay” at the time was an private investigator who Overgaard had hired to search for family member “Robert Gettinger”. According to Overgaard Gettinger was not to be found and no address existed. Yet Overgaard was contacted via email by Gettinger. Overgaard then months later sent incomplete documents to Gettinger which did not show the perjury and conspiracy between Sylvia and Gary A. Schmidt. Overgaard also failed to properly serve Gertrude Gettinger when forced into a conservatorship. Overgaard did not want to face the petition to the court by Gettinger which proved perjury and other crimes were committed thus Barbaro replaced Overgaard.

Judge Candace Joan Beason #93497 Who is believed was present with Philip Barbaro Jr. at judges events ignored the petition (evidence, documentation and witness statements) and went along with causing expensive legal fees, delays and confusion to hide the perjury and crimes. Beason is no longer a Judge as of 04/17/2014. Beason was reported to the Commission on Judicial Performance

Philip Barbaro Jr. has never seen or met with victim Gertrude Gettinger and most likely does not want to face the women he has helped abuse, destroy and rob. Gertrude is drugged against her wishes, locked in a nursing home in Pasadena CA. She is billed hundreds of thousands of dollars by a child who was disinherited by her father for neglecting him. Who never had a good relationship with anyone in her family. This was all revealed in discovery and depositions which Judge Beason failed to ever read or consider. In fact during the last court hearing with Beason and Gettinger Beason admitted to not being familiar with the the case or having read the petition exposing crimes committed by Sylvia Schmidt and lawyer Christopher Overgaard.

Is ignoring crime, abuse of the elderly, fraud and embezzlement OK with some attorneys as long as they’re paid? How do they sleep at night? How do they look at their own children with a straight face knowing they’ve lied, cheated and defrauded defenseless victims, even if not directly involved?
Rule 5-220 Suppression of Evidence A member shall not suppress any evidence that the member or the member’s client has a legal obligation to reveal or to produce.
Rule 5-200 Trial Conduct In presenting a matter to a tribunal, a member:
(B) Shall not seek to mislead the judge, judicial officer, or jury by an artifice or false statement of fact or law;

HOW JUDGES ARE BRIBED AND PAID?
See these stories
Judges Involved in Multiple Property Reconveyances

NOTICE We’ve been notified by several individuals who report violations of the California bar Code of Conduct by Philip Barbaro Jr. please contact us ASAP for more info and possible solutions to helping those who have been victimized.

Victims who died as a result of Judge Aviva K. Bobb