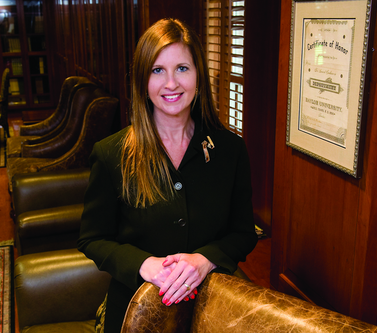 Judges MUST BE HELD ACCOUNTABLE, this judge should be in prison but was allowed to resign.

Texas district Judge Elizabeth E. Coker is stepping down from the bench after being caught engaging in a massive perversion of justice. A whistleblower revealed that Corker was sending text messages to prosecutors with suggestions on questions to ask in court in order to secure a conviction
Texas Judge should be fired and prosecuted for totally dishonest activity, are our prisons paying judges to help send them money?
Texas Judge Resigns

Texas district Judge Elizabeth E. Coker stepped down from the bench after she was found engaging in a massive act of distortion of justice. It was found that Corker was texting instructions to prosecutors suggesting ways on how they can secure a conviction at court.

According to a voluntary agreement with the State Commission on Judicial Conduct, Coker, who sat on the bench over Polk, Trinity, and San Jacinto counties, resigned under fire in a texting controversy. This act of massive perversion of justice was revealed by a whistleblower.

The whole incidence stems from media stories and complaints over a criminal trial that took place in August of 2012. It alleged that Coker “had engaged in improper ex parte text communications with Polk County Assistant District Attorney Kaycee Jones.’ At the time, Judge Coker presided over the bench.

Based on the complaints and allegations, an investigation was commenced by the commission to find out that Judge Coker used Assistant District Attorney Jones to privately communicate information about the case to the prosecutor. The text messages suggested questions that the prosecutor should be asking during the trial, along with other issues.

The agreement stated that the parties agree that the allegations of judicial misconduct could result in disciplinary action against Judge Coker if found to be true. As a result, the parties sought to resolve the matter “without the time and expense of further disciplinary proceedings.”

Despite the allegations, Coker did not admit to any guilt or fault.

Critics are of the opinion that Coker mat be getting off far too lightly. She should be facing criminal charges for such a grave violation of law, as her actions may have caused innocent people to end up in prison.

Coker is politically affiliated with the Democratic party. Several Democrat members pointed out that Coker switched parties shortly before she was caught breaking the law.

Coker’s resignation opens the door for a flurry of re-trials for anybody convicted in her court sessions. Her attempt to illegally secure convictions has opened Pandora’s box. The state of Texas will now have some massive legal knots to untangle.