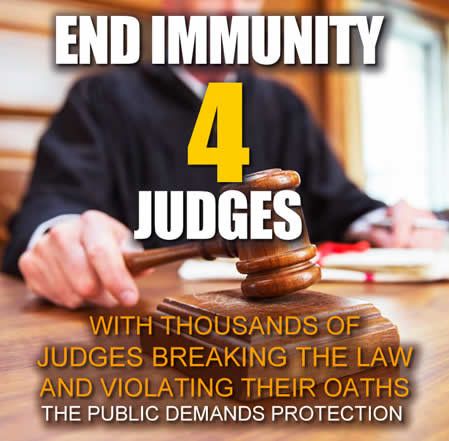 In a lawsuit against Los Angeles County Superior Court, the Ninth Circuit found that a judge’s comment about his reluctance to allow Walt Disney’s grandson to collect a multimillion-dollar inheritance because of a genetic disorder might be inaccurate and inappropriate but it is still protected under judicial immunity.

A federal appellate court ruled judicial immunity protects a state court judge who said he was reluctant to hand over a multimillion-dollar fortune to Walt Disney’s grandson because he could have Down syndrome.

The ruling comes as probate courts face national scrutiny amid Britney Spears’ legal battle to appoint her own attorney and end her 13-year conservatorship.

According to an opinion Thursday from the U.S. Court of Appeals for the Ninth Circuit, Disney heir Bradford Lund “has languished in perhaps the Unhappiest Place on Earth: probate court.” Trustees have withheld Lund’s inheritance distributions under a provision in the trust agreement that allowed them to hold back the funds if Lund lacks maturity or financial acumen.

Lund sued Los Angeles County Superior Court Judge David Cowan, as well as the state court, after Cowan said during a settlement hearing, “Do I want to give 200 million dollars, effectively, to someone who may suffer, on some level, from Down syndrome? The answer is no.” The judge then rejected the proposed settlement and appointed a guardian ad litem over Lund without a hearing, according to Thursday’s opinion. Cowan also issued an order striking a statement from Lund that objected to the judge and sought his disqualification.

Lund argued the appointment of the guardian without notice or a hearing violated his due process rights and that Cowan’s comment violated the Americans with Disabilities Act. He also challenged Cowan’s order striking his statement.

Cowan and the court’s counsel, Matthew Green of Best Best & Krieger in San Diego, did not immediately respond to a request for comment Thursday afternoon. A court representative declined to comment.

In the opinion authored by Ninth Circuit Judge Kenneth Lee, the panel found Lund’s claims moot after the judge removed the guardian ad litem and transferred the case to another judge. The court also found that sovereign immunity bars Lund’s claim challenging Cowan’s order striking his statement, because the 11th Amendment bars individuals from bringing lawsuits against a state for monetary damages or other retrospective relief.

As for his comments, the court decided it was not unreasonable for Cowan to comment on Lund’s capacity to manage money since his competency was central to the litigation.

“To be clear, we find Judge Cowan’s comment troubling,” Lee wrote on behalf of Circuit Judge Ryan Nelson and U.S. District Judge Sidney Stein of the Southern District of New York. “That someone has Down syndrome does not necessarily preclude the ability to manage one’s own financial affairs. In any event, the record suggests that Lund does not have Down syndrome. But judicial immunity shields even incorrect or inappropriate statements if they were made during the performance of a judge’s official duties. Indeed, a judicial act does not stop being a judicial act even if the judge acted with ‘malice or corruption of motive.’”

Lund’s attorneys from Horne Slaton in Scottsdale, Arizona, and Adkisson Pitet in Newport Beach, California, argued that judicial statements are protected in an official ruling but not when they’re made from the bench during a hearing, but the court ruled that Lund did not cite relevant case law to back up that assertion.

“We reject a cramped and illogical reading of a judicial act that would include only instances when a judge expressly decides a formal motion or request. Indeed, the Supreme Court has remarked that even when a proceeding is ‘informal and ex parte,’ that does not necessarily deprive ‘an act otherwise within a judge’s lawful jurisdiction . . . of its judicial character,’” the ruling states.

The court also punted on whether declaratory relief is still available in actions against judges after lawmakers amended federal civil rights law in 1996 to exclude injunctive relief in actions against federal officers. Other circuit courts have held that parties can still pursue declaratory relief since the amendment only explicitly bars injunctive relief, according to a footnote, but the Ninth Circuit has yet to answer the question.

Horne Slaton’s Sandra Slaton said her team appreciated the court’s comments on Cowan’s troubling conduct, as well as the panel’s obvious empathy, but disagreed with their findings on the issue of immunity. Slaton said this case was “the perfect opportunity” for the Ninth Circuit to tackle the question of whether a mere declaratory action was in violation of the 11th Amendment. She suspects if Cowan was still overseeing the case, they might have been forced to decide the issue.

“This blanket immunity has to be changed and maybe the place to change that is in Congress,” she said. “Judges should not have the immunity that they have, and that they’ve had since the beginning of time. It shouldn’t be a blanket immunity, this is happening all over the place in court, especially the probate court.”

Slaton said that though Lund is not under a conservatorship or guardianship, some similar issues that have gained national attention in Britney Spears’ conservatorship case are at play in his case, such as “the general incesetiousness of court appointed attorneys” and the fact that her right to counsel has been under scrutiny.

“I don’t think it’s moot as long as this probate court is allowed to violate Mr. Lund’s rights,” she said. “We may be back in federal court depending on what happens in the future.”