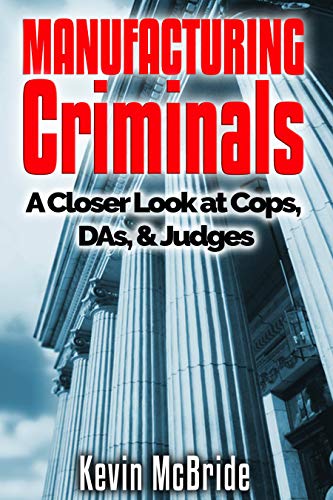 Are the black robes shooting people in the courthouse? Judges have gone rogue…

Normally when you hear “shots fired” you think of police officers shouting over the PA system in a panic, but who’s reporting about the shots fired within our courtrooms?

Our judges today want to be cops and prosecutors. Some of them appear to be so power hungry, who knows to what extent they would go to attain dominance? It could be said, just hand them a gun and see what happens. Luckily for them, they have a legal way to suppress their victims. These shots are on display daily, across all legal realms as judges act like DA’s, rather than referees. They take a shot at their perceived foes, and that foe can be the plaintiff, defendant, fathers, mothers, you name it.

With court corruption becoming the new normal today, we finally have some good citizens fighting back. These courageous outsiders were victims of judicial abuse. Who’s reporting on the abuse of power by our judges? These reporters include Alex Baker (PMJMP.org), Robert Gettinger (UglyJudge.com), me, and many others. The bailiffs, prosecutors, sheriff’s, and court clerk of seem to be complicit in all the shenanigans happening around the country. They’re all paid well to protect the queen or king on the bench, but more importantly to be complicit in the tyranny.

The black robes shoot us in the courtrooms, yet take away our gun rights. If you’ve been a firsthand witness to a communist judge, you probably already get my analogy here. Judges are so bored, and so vindictive that they want to make a scene or take a shot at someone. They shoot quickly with legal motions, or the denial of motions. They shun constitutional law and their sworn oaths to attack their prey. It’s personal bias, prejudice, and presumed guilt. At the same time, they take away second amendment gun privileges of millions on a weekly basis. Check the court records for confirmation.

They do this via probation, restraining orders, pre-trial release conditions, mental exams taken out of context, and much more. Judges use all the legal tools at their disposal to achieve their desired outcome. These tools or weapons are used by most judges and nobody holds them accountable. It’s accepted now.

To take these pre-rehearsed shots, some judges are usually in cahoots with the prosecutors. Why? Judges feel they must be a part of everything that happens within the process. Their addicted to their God-Like powers. In addition, judges are clearly acting like prosecutors now. They feel it’s their moral obligation to shoot the victim before the jury reads the verdict. A judge is supposed to sit back and ensure it’s a fair trial. Ultimately, they’re the last line of defense for a just outcome. Remember fair and impartial? That is ancient history…

Judges have gone rogue now! Truth, facts, or justice will never have due process with these triggered judges waiting to attack. Remember when judges were the quietest people in the room? Now they’re the loudest, rudest, and seem to do most of the talking. Did the judge have to pull out that legal weapon and shoot you? The judge could’ve sat back and done nothing, correct? Think about your case, your judge and get back to me. The main players in the room are the plaintiff and the defendant. Why are judges constantly disrupting the process and shooting our citizens with the law? Wouldn’t be nice if the third player stayed impartial? A biased judge is an unbelievable disadvantage.

Here’s my firsthand account of one of many shots fired at me by corrupt judges. It was my wrongful arrest, and cover-up by the Tampa Police Department. The prosecutor had no probable cause, no hard facts, no victims (Lying Cops), no damages, and no factual evidence for my case. I’ll cover lying cops in a future article, but most of you already know. Instead of scheduling my court date, out of nowhere, the judge forced me to take a mental exam. This judge decided to pull out her legal-gun and wrongfully shoot me.

I had no signs or history of mental illness, nor did my family. There was no reasoning for the court-ordered motion by the judge. It was complete character defamation; I had to do it, or I would be arrested. Why did she do it? Mental exams give full advantage to the prosecution. The exams take one hour and include tons of questions and answers that could be used against you. They will twist your answers at trial. Prosecutors use those exams when they are lacking evidence to convict someone.

Thirty years ago, a judge would never have fired this shot at anyone without firsthand signs, history, or knowledge of mental illness. What were my tells of mental illness to them? I repeatedly told my attorney, and the prosecutor, “I’m 100% innocent, and it’s a police cover-up.”

Are you curious about my results in the mental illness exam? The doctor loved me, and the exam went really-well with a final score of 96 out of 100. However, they continued to fire shots at me immediately after the positive exam result.

How do we get cameras in all our courtrooms to expose these dirty judges? Share your “Shots Fired” story with me and I might use it in a future article…