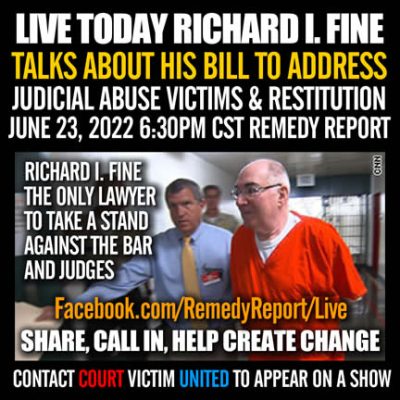 Make sure to LISTEN IN AND WATCH LIVE “Richard I. Fine” the American lawyer who took a stand against the BAR and the judges in Los Angeles County Superior Court. Richard created a Bill to Amend SBX211 to help the victims. If this bill passes in California with your help it can ALSO BE USED in all the other states with minor alterations. It was designed that way. However we need to pass it and get it into the system for it to work. Please tune in today and share this so we get some change. See this page to view the show Facebook.com/remedyreport/live Today June 23, 2022 at 6:30PM CST Read More 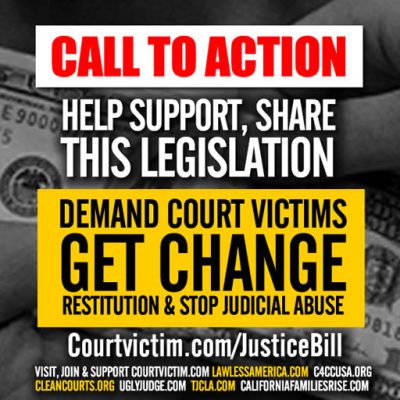