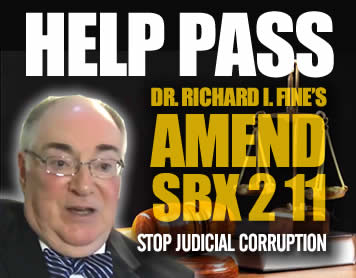 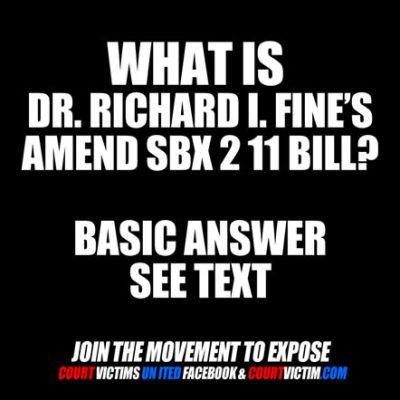 SBX 2 11 was enacted on February 20, 2009 Effective May 20, 2009 as emergency, budget trailer legislation within three days and signed by Governor Schwarzenegger, after the Court held the County payments directly to State Superior Court judges violated Article VI, Section 19 of the California Constitution. SBX 2 11 made the payments legal with the counties having the option to discontinue the payments on a 180 day notice. SBX 2 11 also gave retroactive immunity as of 7/1/2008 from criminal prosecution, civil liability and disciplinary action to all judges who received the payments and all governments and employees who made the payments. Two counties stopped the payments. A December, 2009 Judicial Council Report to the Legislature showed that 90% of the Superior Court Judges received the illegal payments. That figure is approximately correct today due to the greater increase in Superior Court judges in LA County and other counties where the payments are still existing an either a non increase or minimal increase in counties where the payments do not exist. Additionally, these Superior Court judges became Court of Appeal justices and California Supreme Court justices, thereby infecting… Read More